Life and death are of supreme importance. Time swiftly passes by and opportunity is lost. Each of us should strive to awaken. Awaken! Take heed, do not squander your life. (Dōgen)

There are various cultures that hang coffins from rock cliffs, including the Bo people of China (who were wiped out centuries ago by the expanding Han). Hanging coffins remain after centuries in some other areas of China and are found in other regions of Southeast Asia, including The Phillipines.

Centuries old coffins hanging from rock in The Phillipines, were created by the Kankanaey people of Sagada. The bodies inside are in fetal position, consistent with a commonly held view that people should leave the world in the same position in which they entered it. It is believed that these coffins were generally carved by those who would use them at death. 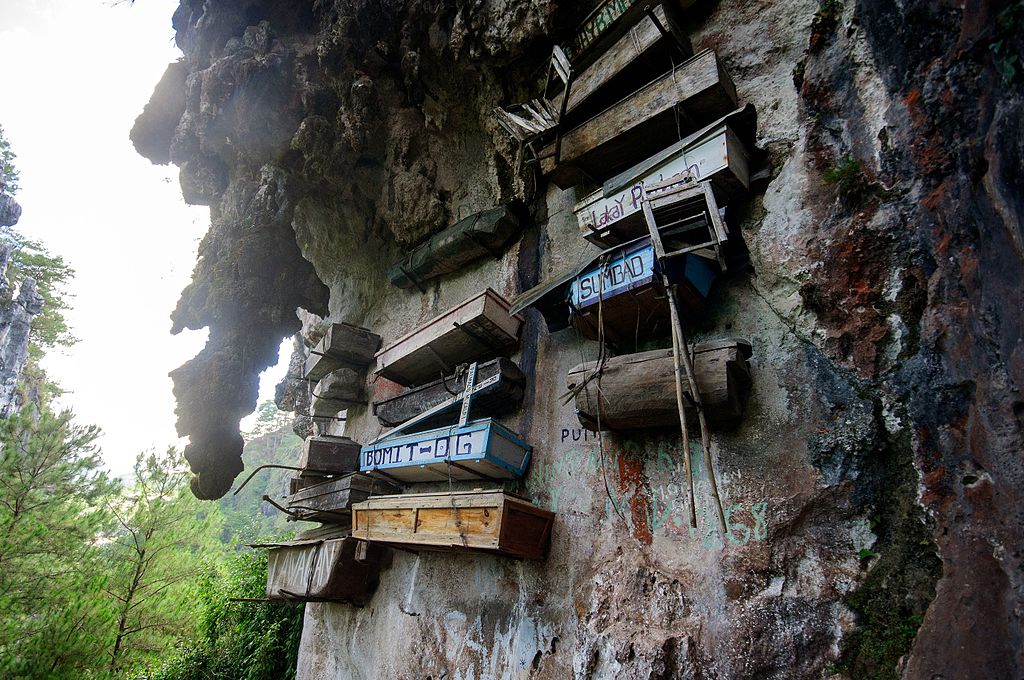 Death Doulas - also referred to as End of Life Doulas - provide emotional and other support to the dying and their families. Support can be psychological (e.g. counselling), physical (aiding with exercise), clerical (helping with completing documents, including advanced directives), documentary (recording messages, including final messages for the dying), ceremonial (e.g. helping plan and/or deliver funerals) and other assistance which is not medical in nature. Death doulas are not doctors, they are not nurses and they are not solicitors/lawyers. They are brought in at the request of the dying and/or family and they are there to help the person transition from life.

The content on this site is provided to give resources and support to those dying, their loved ones and those providing death doula (end of life) support. When we find out that death is near and the initial shock wears off, emotions and questions flood into our minds. Noctural Works exists as place where you can find out about mental health issues and therapy related to death, dying, grief and bereavement - as well as more practical support, such as planning for death and supporting others on their journey.

The resources on this site are provided by Death Doula Ltd, a company in Aotearoa New Zealand which provides end of life doula support online, in Wellington, Blenheim and Picton (New Zealand). These resources are not legal or medical in nature, so do no rely upon them, but seek legal and medical advice, as required. If you are interested in counselling resources not focusing on death and dying, you can visit our other site, Therapy Aroha.